This was the very first “white box” version of Monopoly sold by Parker Brothers. It was modeled after the 1934 Darrow White Box sets that were sold by Charles Darrow. However, there were significant differences between the two.

From 1934-35, Darrow offered two types of sets, but not at the same time. First, there was the White Box version, which retailed for $3.00 and had a 20″ game board. The game cards and utensils were all at one end of the box, making it somewhat unbalanced. The rules were printed right onto a cardboard insert that fit into the box bottom. It was not glued into place.

To the best of our knowledge, Darrow had 1,000 of these sets made, in two batches of 500 each. There are some minor differences between the sets, notably in the property cards. Darrow put some of the pieces in later sets into wax sandwich bags.

You will find lots of detailed pictures of these variations on Dan Fernandez‘s excellent Sundown Farm and Ranch web site.

The Darrow White Box itself was 21″ long and took up a lot of space on the department store shelves in Philadelphia and New York where they were sold. The store’s buyers advised Darrow to make a smaller set,

In this period, Monopoly had competition from Knapp Electric‘s game Finance, which had 90% of the elements we generally associate with Monopoly. Finance was sold in a small black box with separate game board, an arrangement Darrow adopted for his 1935 Black Box sets. Both Finance and the Darrow Black Box retailed for $2.00, a figure that is probably not coincidental.

Along with the box, Darrow downsized the game board for this version to about 19″ square. This size was then adopted by Parker Brothers when they started making the sets.

7,500 of these were made in early 1935, but Darrow had only sold 1,600 of these by the time he made his deal with Parker Brothers in March of that year. Reluctantly, Parker took on his remaining inventory.

100 sets were given to Parker employees so that they could learn the game. As far as is know, the rest of the sets were sold by Parker Brothers in the next few months. They substituted their own version of the game rules for Darrow’s, and put a Parker label on the front of the board.

Neither type of Darrow set came with tokens. You were supposed to supply your own. However, in Darrow’s own circle, players had already began using metal dime store tokens as playing pieces. Darrow, however, could not find a supplier for these, but recommended them to Parker Brothers, who already had a business relationship with the Dowst company who made them.

The first Parker Brothers Monopoly sets came out in June 1935 as their #7 version. This was a slightly modified Darrow Black Box. Thinking Darrow’s box too small, Parker substituted a somewhat larger one with more colorful graphics.

Approximately 25,000 of the #7 sets were sold in the first few months. The legal description on these has led Monopoly collectors to call them “Trade Mark” sets.

Soon after the #7 went on the market, Parker introduced the #9 White Box version, which at first retailed for $3 as had Darrow’s. This used a standard 19″ board, and therefore the boxes are a bit smaller than Darrow’s.

The implements were put into the center of the box, which made it more balanced. Parker improved on Darrow’s set by including 10 metal tokens and a double supply of play money.

This is the type of set shown pictured in this recent eBay auction. While the Darrow White Box had graphics only on the top of the box, via a decal, Parker’s version continued the printing onto the two sides.

This is the rarest type of #9 set. Some people think that the following version, which had the 1,509,312 patent number overprinted onto the box top, is more rare, but my experience had been that the opposite is true.

Another difference is that the #9 has painted houses and hotels, while the #7’s are simply dyed.

During 1936, Parker Brothers made some important changes to the #9. After continuing with the standard black board for some time, the White Box was given its own green board with Monopoly lettered on it in script. At the same time, it got the fancier “Grand Hotels” that were first used in the #10 Fine Edition starting in November 1935. I assume that the amount of play money was increased as well.

With these improvements, Parker Brothers increased the price of the #9 to $3.50. This version continued with few changes for several years. Those sets are common, while the 1935 Trade Mark #9 is not.

While not in the greatest condition, $330.00 seems like a more than fair price for this set. For some reason, the tokens do not have the black patina usually found in early sets, and the rules that were included were not the ones originally used for this game. The correct rules would be the same Trade Mark version found in contemporary #7 sets.

Although this set was designed for use by as many as 10 players and had double the amount of play money, this was not mentioned in the rules. Starting with the copyright 1936 rules, however, Parker Brothers did make such a distinction in their rules. 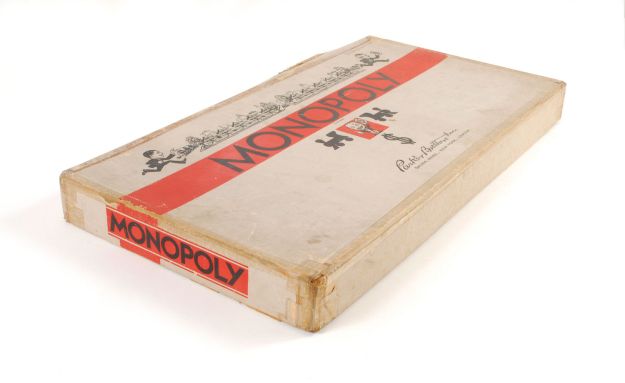 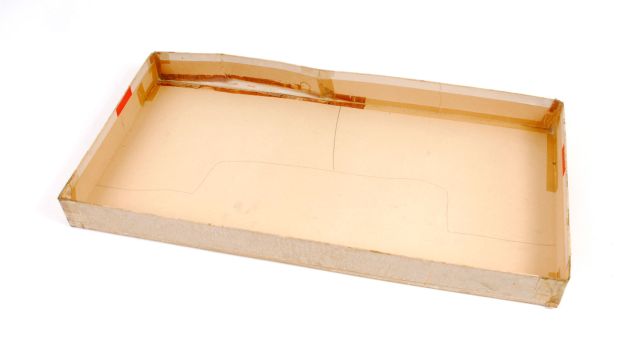